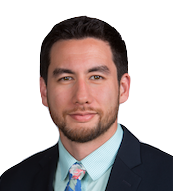 Before graduating, he served in various leadership positions such as President of the Gamma Theta chapter of the Professional Pharmacy Fraternity Phi Delta Chi (PDC), DKICP Senator of the University of Hawai’i at Hilo Student Association (UHHSA), Research Coordinator of the A.L.O.H.A. (a life of health awareness) Project, and Liaison of the Class of 2016.  He also played active roles in organizations such as the Pharmacy Leadership Society Phi Lambda Sigma (PLS), the American Pharmacists Association (APhA), and the American Society of Health-System Pharmacists (ASHP).

Dr. Māhoe was the inaugural resident of the PGY1 residency in Community Pharmacy at the University of California San Diego (UCSD) Skaggs School of Pharmacy and Pharmaceutical Sciences (SSPPS) in 2017, where he focused on corporate and community pharmacy, ambulatory care, and academia. He went on to complete a PGY2 residency in Health-System Pharmacy Administration (HSPA) at Palomar Health in 2018, emphasizing in areas such as medication safety, clinical informatics, management, and finance.

He is also a diplomate of the ASHP Pharmacy Leadership Academy, Class of 2018. Graduates are pharmacists recognized for an expanded skill set and achievement in the area of leadership.

In his free time, you’ll find him enjoying life through various avenues such as: cooking up new recipes using local ingredients, patronizing the 130+ San Diego craft breweries with friends, exploring the numerous and beautiful hiking trails by foot, learning new skills through reading and online courses, listening to and playing music on the ‘ukulele and guitar, spending quality time with his significant other and his pet lagomorph, and of course, writing about passionate subjects such as pharmacy.

Reality Versus Expectation: Being A PGY2 Health-System Pharmacy Administration Resident