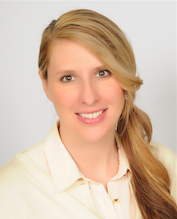 Sarah Adriance, Pharm.D., BCPS is a passionate neurocritical care pharmacist specialist who discovered her love for the central nervous system by happenstance when she joined The Ohio State University Wexner Medical Center (OSUWMC, Columbus, OH) in 2011. At that time neurocritical care was in its infancy and the team was seeking a dedicated pharmacy soldier to join the ranks. She had the opportunity to open up the Neurosciences Critical Care Unit in January 2015 at OSUWMC and has never looked back on surgical critical care, her previous area of clinical practice.

Dr. Adriance received a BA degree in Spanish Linguistics and a PharmD in 2008 from the University of Arizona. She completed a PGY1 pharmacy practice residency at the Cleveland Clinic (Cleveland, OH) in 2009 and a PGY2 critical care pharmacy residency at the University of Arizona (Tucson, AZ) in 2010. Her pharmacy calling dates back to the age of 16 when she took her very first job as an outpatient pharmacy technician.

On a day-to-day basis Dr. Adriance dedicates as much time as she can to pharmacy resident education. She was the recipient of the Preceptor of the Year award in 2013 from the graduating OSUWMC pharmacy resident class, which is a cherished accomplishment for her personally as well. She is actively expanding her research endeavors and is primarily interested in meningitis, stroke and telemedicine.

Reality Versus Expectation: Being A Critical Care Pharmacist