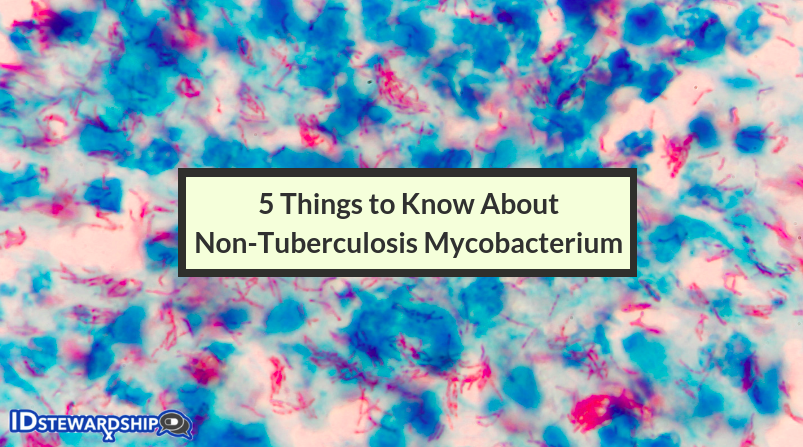 This article focuses on 5 highlights for health care practitioners to be aware about NTM.

NTM infections typically present with nonspecific clinical features that can easily be mistaken for an alternative diagnosis.  Often, patients will undergo work up for conventional bacterial infection and NTM is arrived upon through diagnosis of exclusion.  Importantly, TB, malignancy, and invasive fungal or bacterial infections should be ruled out. As NTM are ubiquitous in the environment, isolation of NTM species from a non-sterile sample does not necessarily equate with NTM infection. Only about half of patients with NTM isolated from a respiratory source meet established criteria for infection [1].

Pulmonary NTM infection continues to be the most prevalent presentation and requires clinical, radiographic, and microbiologic correlation [2]. These three criteria must be met to diagnose NTM pulmonary disease and are considered to be of equal importance [3].

Clinical: Most patients will have chronic cough with or without sputum production and some will have chest pain or shortness of breath. In more advanced disease, constitutional symptoms such as weight loss, malaise/fatigue, fever, chills, night sweats may occur. Because bronchiectasis and COPD are common comorbidities, it can be challenging to determine if NTM is the cause of the presenting symptoms [4].

Radiographic: No radiographic pattern is pathognomonic for NTM pulmonary disease, but fibro-cavitary disease and nodular bronchiectasis are commonly encountered [5].

Microbiologic: At least 2 sputum cultures or more should be positive, or at least one culture from a bronchial washing or lavage, or biopsy positive with histologic features of Mycobacterium [3].

The Clinical and Laboratory Standards Institute (CLSI) and ATS/IDSA have published criteria for antimycobacterial susceptibility testing of NTM. The gold standard for determining NTM susceptibility is culture and broth microdilution method [3, 6].  Minimum inhibitory concentration standards are established for the most common rapidly growing mycobacteria (RGM, M. fortuitum, M. chelonae, and M. abscessus) and are extrapolated for those RGM due to lack of supporting data. Conversely, the CLSI recommends against susceptibility testing for non-pathogenic NTM species, such as M. gordonae, M. mucogenicum, or M. terrae [6].

For M. kansasii, only rifampin and clarithromycin testing are recommended as these antimicrobials are known to cause treatment failures. For rifampin-resistant isolates, amikacin, ethambutol, sulfonamides, and fluoroquinolones should also be assessed [3, 6].

Additionally, MAC, M. abscessus, and M. kansasii can be tested for specific gene mutations [7]. In M. abscessus, the erythromycin ribosomal methylase (erm gene) is associated with inducible clarithromycin resistance in its wild type form. Testing for inducible resistance with the erm gene is performed by incubation with clarithromycin in sub-inhibitory concentrations for 14 days [8,9].  M. kansasii can be tested for rifampin susceptibility via target analysis of rpoB gene for mutations. 23S rRNA and 16S rRNA gene sequencing can predict macrolide and aminoglycoside susceptibility in MAC [7].

It is also noteworthy to mention that results for NTM susceptibility testing can take weeks to result and is frequently a send-out test.

3. Multi-drug therapy is preferred over monotherapy for pulmonary MAC

Macrolides are the primary class of medication to address pulmonary MAC infection and are commonly used for MAC primary prophylaxis in at-risk populations.

Two early, open label, non-comparative trials demonstrated that azithromycin and clarithromycin monotherapy yielded favorable microbiologic and clinical response [10, 11]. However, macrolide resistance developed with clarithromycin monotherapy [11].  Ethambutol and rifamycins have synergy against MAC isolates and provide protection against macrolide resistance.  Use of these agents in combination with macrolides has shown superior outcomes [12, 13]. Due to poor tolerability of rifabutin in patients with pulmonary MAC disease, rifampin is the preferred rifamycin in this setting.  An initial period of 2-3 months of an injectable agent, usually streptomycin or amikacin, is an option in severe disease [14].

4. Therapeutic drug monitoring is a consideration for select patients with NTM infection

Therapeutic drug monitoring (TDM) is a standard of care for those patients on the intravenous aminoglycoside amikacin, given the risk of adverse effects such as ototoxicity and nephrotoxicity. A calculated Cmax (maximum concentration) should be determined using 2h and 6h serum levels drawn after the end of infusion which avoid sampling during the redistribution phase. The goal Cmax target level is 35-45 mcg/ml (15mg/kg daily dose) and 65-80mcg/mL (for 25mg/kg, 3 times weekly dose) for patients with normal renal function. Target troughs should be undetectable. A 1 hour post-infusion ‘peak’ with a goal level of 25-35 mcg/ml (15 mg/kg dose) would be reasonable to assess if multiple post-dose levels are not logistically feasible. Once the Cmax goal is reached with a given dosing regimen, troughs and serum creatinine should be monitored at least once weekly. Baseline and periodic audiograms should also be obtained to monitor for ototoxicity [15].

TDM of oral antimicrobials may be considered in certain circumstances: concern for adequate drug absorption (e.g., surgical history of Roux-En-Y, GVHD of the gut, severe GI disease such as Crohn’s), drug interactions where increased or decreased antimicrobial exposure is expected, renal/hepatic dysfunction, or lack of clinical/microbiologic response to therapy. Charles Peloquin, Pharm.D., details the optimal timing and levels for commonly used doses for oral agents used in NTM therapy and considered beyond the scope of this article [16].

Studies have demonstrated a lack of adherence to the 2007 AST/IDSA guidelines for NTM lung diseases.

In a 2014 study, 349 physicians shared medical record data on 915 patients treated within a year for MAC (81%) or M. abscessus (19%) pulmonary disease. Treatment patterns by NTM species and physician specialty were compared to the ATS/IDSA guidelines.  Only 13% of regimens prescribed for MAC met ATS/IDSA guidelines, 56% did not include a macrolide, and 16% were for macrolide monotherapy.  For M. abscessus, 64% did not include a macrolide. The authors concluded that adherence to 2007 ATS/IDSA guidelines was poor across all physician specialties evaluated and that suboptimal or potentially harmful antibiotic regimens were commonly prescribed [17].

An international study from 2017 surveying 619 physicians on 1429 pulmonary NTM cases revealed similar findings. Only 9.2% (Europe) and 41.9% (Japan) of patients treated for pulmonary MAC received >6 months of the recommended rifamycin-ethambutol-macrolide regimen.  Omission of ethambutol and/or rifampin and the inclusion of a fluoroquinolone was common. Of concern, use of macrolide-quinolone regimens has been linked with macrolide resistance emergence. The authors concluded that published treatment guidelines had limited impact on clinical practice [18].

In summary, proper diagnosis and treatment of NTM requires expert level clinician evaluation.  Anti-mycobacterial susceptibility testing methods are specific per NTM species and may involve traditional and molecular techniques, often performed in specialty laboratories.  TDM may be performed on a case by case basis considering the drugs used and patient specific factors.  Optimal pharmacotherapy involves a 3 to 4 multidrug regimen with a macrolide as the backbone, when susceptible.  The low adherence to existing professional guidelines suggests opportunity for antimicrobial stewardship and/or pharmacists intervention. 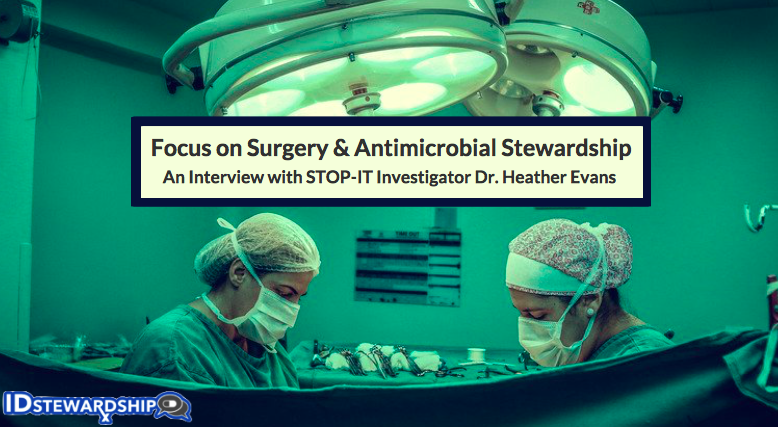