In this article a critical care pharmacist and assistant professor contrasts SMX/TMP versus minocycline for the treatment of Stenotrophomonas maltophilia infections. 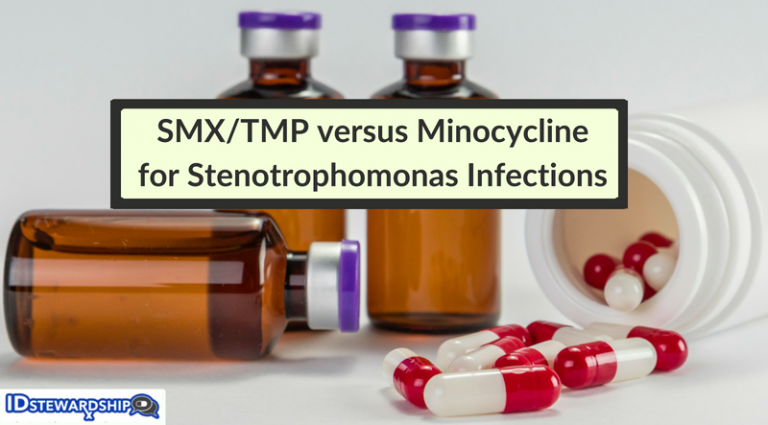 Stenotrophomonas maltophilia is a non-Enterobacteriaceae, gram-negative, non-lactose-fermenting, aerobic bacillus [1]. It has an affinity for moisture rich environments and can be found in water, soil, plants, animals, and on hospital equipment. When isolated from hospitalized patients, it is frequently identified as a colonizer, although it can cause infections and is generally regarded as an opportunistic pathogen. When causing infections, it is seen more commonly in immunocompromised or mechanically ventilated patients.

S. maltophilia possesses some intrinsic multidrug resistance (MDR) properties and has the ability to produce extended-spectrum beta-lactamases, carbapenemases, and increased efflux pump expression. Its resistance profile can be substantial and is a cause for alarm amongst treating clinicians.

In this article, I will discuss Sulfamethoxazole/trimethoprim (SMX/TMP, Bactrim, Septra, co-trimoxazole) versus minocycline (Minocin) for the management of S. maltophilia infections, focusing on their role for monotherapy. Note this is not a systematic review on the topic and readers are directed to the references below for more information.

SMX/TMP is generally considered the drug of choice for S. maltophilia. It was approved by the Food and Drug Administration (FDA) in 1973, and it exerts bacteriostatic activity through folate synthesis inhibition. SMX/TMP also has activity against important organisms such as methicillin-resistant Staphylococcus aureus (MRSA), numerous gram-negative bacilli, and Pneumocystis jirovecii [3]. Several published descriptive studies of S. maltophilia show local institutional sensitivity rates exceeding 90% to SMX/TMP [4]. Despite SMX/TMP being an option, some patients are unable to tolerate it due to hyperkalemia, myelosuppression, drug-drug interactions, a large fluid volume (for the IV formulation), lactic acidosis (from propylene glycol in the IV formulation), or allergic reactions to sulfonamide-containing medications.

These limitations of both SMX/TMP and the FQs (compounded further by several manufacturer backorders effecting drug supply in recent years) have led clinicians to explore further alternative treatments for S. maltophilia infections. This includes drugs such as ceftazidime, colistin (polymyxin E), and the broad-spectrum tetracycline antibiotic minocycline [5]. Figure 1 depicts the pharmacologic mechanisms of action of various antibiotic classes, provided to illustrate how drugs available for this organism (and others) work through a variety of actions. 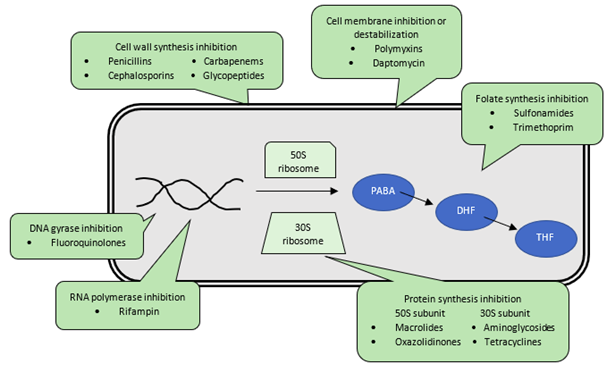 FDA-approved in 1992, minocycline acts through protein synthesis inhibition to produce a bacteriostatic effect on multiple organisms, including S. maltophilia.  The use of minocycline against this organism in the clinical setting was suggested not long after it was approved, however this has not become common practice. Minocycline is generally well tolerated, with the more common side effects being dizziness and fatigue.

Many acute infections due to S. maltophilia such as bacteremia or pneumonia require initial IV dosing. SMX/TMP, moxifloxacin, levofloxacin, minocycline, ceftazidime, and colistin are all available for delivery via this route. In addition, once a patient is ready to change to oral therapy, all of these medications except ceftazidime and colistin exhibit favorable bioavailability when taken orally, making transition from IV to PO possible.

The European Committee on Antimicrobial Susceptibility Testing (EUCAST) and Clinical and Laboratory Standards Institute (CLSI) each publish clinical breakpoint data for various organism/ drug combinations. As discussed in a previous IDStewardship article (Important Information for Pharmacists From a Clinical Microbiologist), clinical breakpoints for a drug represent the minimum inhibitory concentrations (MICs) that determine whether an organism is susceptible (S), intermediate (I, or dose-dependent), or resistant (R) to a particular antimicrobial. The most recent EUCAST version was released in 2018 and is freely accessible on the organization’s website here. CLSI data were also released in 2018 and you can find free versions of the M60 and M100 from CLSI here.

SMX/TMP is the only antibiotic for which EUCAST has breakpoint data in S. maltophilia, and the breakpoints represent MIC80 values where at least 80% bacterial growth is inhibited by the drug. The sensitivity breakpoint reported for SMX/TMP is ≤4 mcg/L, and any MIC above this cutoff is considered resistant. Alternatively, CLSI guidelines identify an MIC of ≤2/38 mcg/mL for susceptible for SMX/TMP. Unlike EUCAST, CLSI does also provide breakpoints for minocycline against S. maltophilia, identifying an MIC ≤4 mcg/mL to be susceptible.

Despite several microbiologic and pharmacologic similarities, a difference in efficacy of SMX/TMP versus minocycline remains to be fully elucidated. Table 2 summarizes several studies that include data on SMX/TMP and minocycline for S. maltophilia infections. 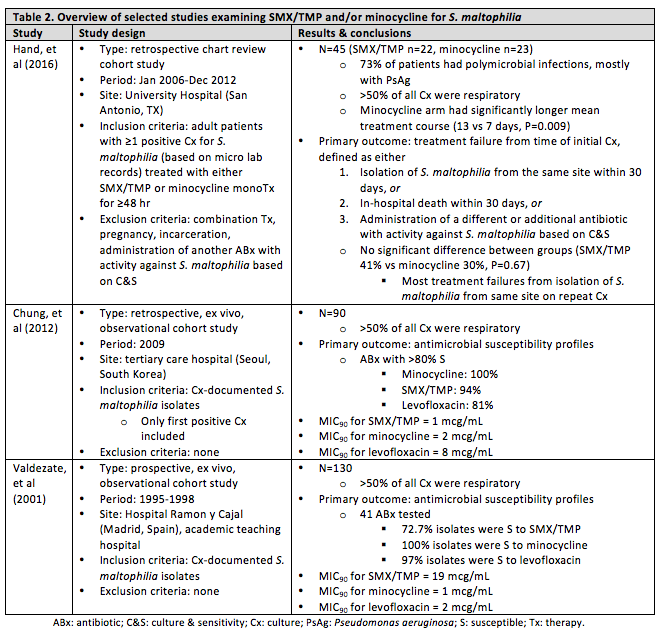 Much of the available literature assesses local susceptibility rates to show activity of minocycline against S. maltophilia, and there is retrospective data to suggest that minocycline monotherapy does not significantly worsen the incidence of treatment failures for all sampled sites of infection [4], but certain key clinical outcomes (e.g., clinical cure, microbiological cure) have not been fully examined [4,5]. In addition, these studies have not fully compared the safety profile of SMX/TMP and minocycline to conclude that minocycline monotherapy is associated with less adverse events or therapeutic discontinuations than SMX/TMP.

Beyond SMX/TMP, the FQs, and minocycline, the antibiotics ceftazidime and colistin are two additional agents that may be considered for S. maltophilia infections. There is a dearth of clinical data regarding the role ceftazidime against this organism. Regarding colistin, a recent case report showed in vivo efficacy and clinical resolution of a recurrent S. maltophilia ventilator associated pneumonia with combination doxycycline and nebulized colistin in a patient who had previously received IV SMX/TMP [6]. Similarly, in vitro time-kill experiments have demonstrated synergy between colistin and both rifampin and tigecycline in 92% and 88% of MDR S. maltophilia isolates, respectively, even in cases where the isolates were resistant to any of these agents as monotherapy [7]. While colistin may demonstrate efficacy, it is substantially limited by an alarmingly high rate of nephrotoxicity. 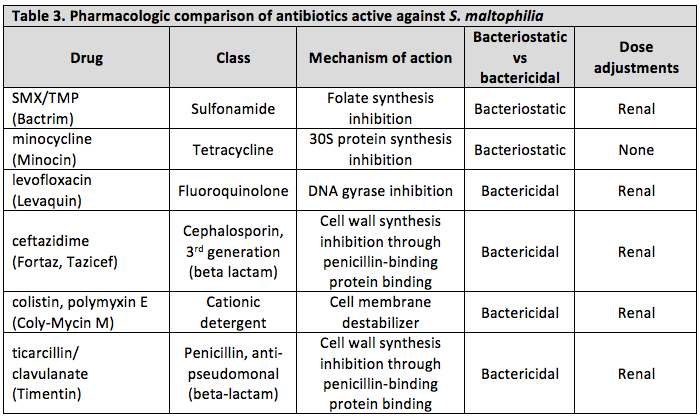 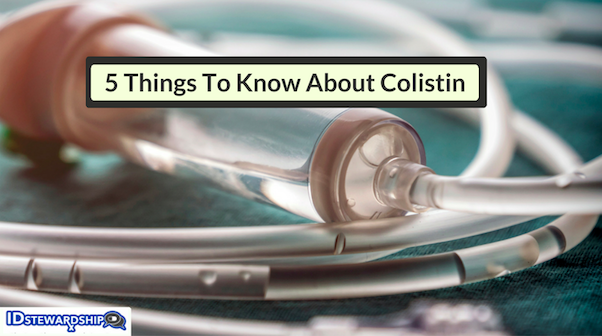