In this article a pediatrician puts the 2022-2023 amoxicillin shortage into perspective. 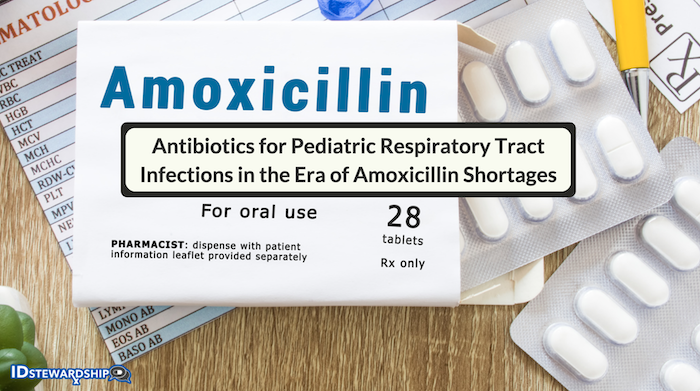 There is currently a shortage of amoxicillin suspension related to increased demand in the context of a large uptick in pediatric respiratory tract infections. This is a nice time to discuss the valuable role it plays in pediatrics, and alternatives to the medication.

Amoxicillin is an aminopenicillin which requires less frequent dosing and broadens our gram negative spectrum over natural penicillin. It is an excellent streptococcal drug, well tolerated, and as such is our go to for many pediatric respiratory tract infections including acute otitis media, streptococcal pharyngitis and community acquired pneumonia

With the amoxicillin shortage we find ourselves needing to be creative with administration like using opened capsules or crushed tablets. At times we are using alternative medications. There are specific alternatives to consider from the AAP discussed as well as some general stewardship suggestions here below.

AOM can be viral, bacterial and often both. Resolution without antibiotics is common and there is room for watchful waiting especially in children two years of age and older. Suppurative complications like mastoiditis are rare, but may be reduced in children with non-severe presentations by antibiotics albeit at a high number needed to treat. As of the 2013 AAP guidelines we have specific recommendations for watchful waiting in children with non-severe cases. This includes unilateral AOM in children over six months of age and bilateral or unilateral in children two years of age and older. Data showing a lack of increase in this practice since the guidelines suggest we are underusing this strategy.

First line treatment is with “high dose” (80-100 mg/kg/day divided BID) amoxicillin with the goal of hitting higher minimum inhibitory concentrations for S. pneumoniae. This does not cover for the beta-lactamase producing gram negatives, but M. catarrhalis often resolves without treatment and is unlikely to cause complications.

A suggested substitute to amoxicillin due to shortages is amoxicillin-clavulanic acid (Augmentin) at the same amoxicillin dose. Want a hot tip? Use the suspension with lower clavulanate concentration! The downside is that you are using a drug that has a much broader spectrum for gram negatives, anaerobes and Staphylococcus aureus. There is also marginally more diarrhea with the addition of clavulanate.

Outside a shortage, amoxicillin-clavulanic acid is the first line drug when a patient has had amoxicillin in the last 30 days or you suspect a beta-lactamase producer. H influenzae is suspected in the context of otitis with purulent conjunctivitis based on older studies of conjunctival cultures on patients with otitis and conjunctivitis. There is some regional variation and this is used as the first line in some centers.

Another recommended alternative is ceftriaxone (Rocephin) which is an excellent drug for all three bacteria noted above. It can be given as a single 50 mg/kg (max 1000 mg) dose but again is a broader spectrum drug than is needed for the job. Given the difficulty of giving oral medications to toddlers I can see the appeal of this injectable option.

Pediatric community acquired pneumonia is commonly viral and since the now archived 2011 IDSA CAP guidelines observation without antibiotics is given as an option for the preschool age group. This recommendation is nice to know when it is not clear if CAP or another upper respiratory tract infection or lower respiratory tract infection is the diagnosis. The most important recent development is a number of studies, mostly in the toddler age range, showing shorter courses of amoxicillin are as effective as longer courses. My favorite was SAFER which was a randomized placebo controlled trial out of Canadian emergency rooms of children with chest X-ray findings consistent with pneumonia showing five days amoxicillin + five days placebo was as effective as 10 days amoxicillin for clinical cure at two to three weeks. This study reflects patients similar to those I would diagnose with CAP outpatient if not a bit more severe.

Proving the bug responsible for lower respiratory tract infections in kids is difficult. The most important “typical” pathogen is again S. pneumoniae. Other less commonly seen bacterial pathogens in a pediatric inpatients surveillance study were S. aureus, S. pyogenes and H. influenzae. Mycoplasma pneumoniae is commonly detected especially after five years of age but the utility of treatment in kids is uncertain.

Like AOM the most important bacteria for CAP is S. pneumoniae and the recommended alternative is again amoxicillin-clavulanic acid. In this part of the recommendations cefdinir is called out specifically as less effective for S. pneumoniae. Why? As a “third generation cephalosporin” you might suspect it would be an excellent pneumococcal drug like ceftriaxone but it is poorly absorbed, highly protein and has a short half life making it likely inferior to amoxicillin for this important bacteria.

Azithromycin remains an option for healthy outpatient adult CAP per IDSA guidelines, but is not mentioned as an alternative here for pediatrics. Not a drug I love for CAP given pretty significant macrolide resistance in S pneumoniae in much of the US.

The big moment of stewardship for this bug is a diagnostic one. A carrier state is common though estimates vary widely. Absent a clinical picture consistent group a strep pharyngitis, a positive rapid strep test leads to inappropriate treatment. We mostly should not be testing kids under three and kids with an obvious viral cause like sore throat that comes with cough and rhinorrhea.

The actual necessary length of therapy for kids is an open question. 10 days is a historic standard we have not yet shook despite big declines in isolates that cause rheumatic fever. I still treat for 10 days per current AAP redbook with the 50 mg/kg once daily dosing.

Group A strep is considered uniformly susceptible to beta-lactam antibiotics and as such the recommended treatments are penicillin or amoxicillin to cover strep with an otherwise narrow spectrum.

The logical choice in the context of this shortage of amoxicillin is to go back to the first line penicillin either oral or IM. Yes, penicillin, the drug we have been using since the 1940s, still has a role today for more than Syphilis!

Cephalexin is recommended for children with non-anaphylactic allergy to penicillin. Clindamycin and azithromycin are potential options for PCN allergic patients but rates of resistance to macrolides and clindamycin are increasing in invasive streptococcal infections.

I hope some of this helps when you are considering alternative medications for your toddlers with respiratory tract infections. Here is to having our amoxicillin suspension back sometime in the new year!

Dr. Cosimini an assistant professor of pediatrics at Oregon Health and Science University.

He is the author of Empiric antibiotic card game which is a card game for learning guideline based antibiotic use. His research centers around best practices for health professionals education using serious card and board games with the GAMER collaborative.

He is a medical editor and contributor to Pediatrics Reviews and Perspectives (PedsRAP).

He can be found on twitter @michaelcosimini and Mastodon at mstdn.social/@EmpiricGame. 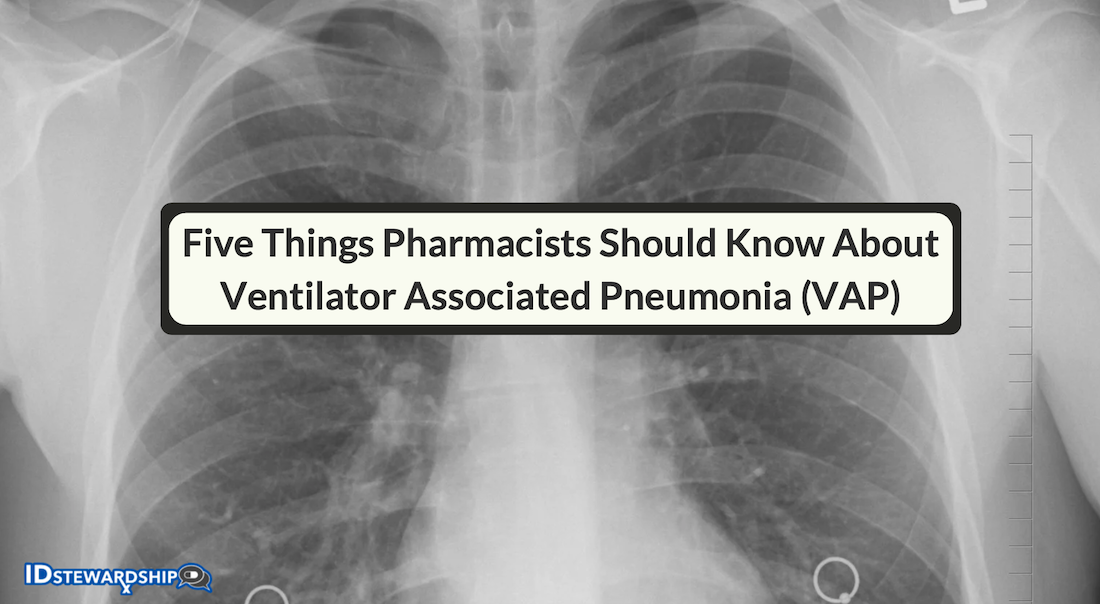