Public knowledge and beliefs surrounding antibiotic use is repeatedly found to be suboptimal. In an attempt to draw attention to this problem the following text is provided, which focuses on the most extreme outcome of antibiotic use: death. Here are four ways antibiotics can kill you. 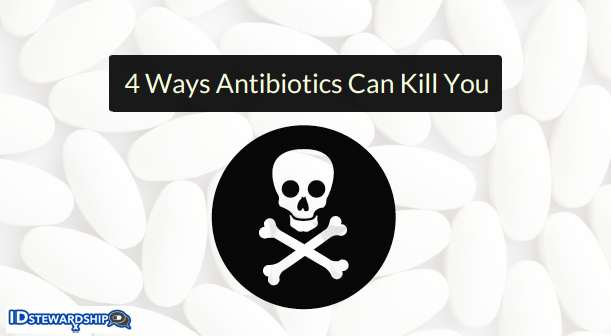 Antibiotics are medications that should be treated as potential poisons and respected for the ecological impact they impose. However, researchers consistently find that public perceptions surrounding antibiotics are suboptimal.

A lack of understanding on behalf of the public puts individuals and society as a whole at risk.

For the individuals who are unnecessarily exposed to antibiotics, they risk toxicity and onset of colonization with drug-resistant organisms.

For society, with over 15,000,000 inappropriate antibiotic prescriptions annually in the United States alone, the economic impact of avoidable toxicities such as emergency room visits for allergic reactions is substantial [1]. In addition and even more concerning, unnecessary antibiotic use promotes the induction and spread of antibiotic resistance.

Antibiotic resistance threatens our ability to cure patients who acquire infections and in September of 2016 Ban Ki-Moon (the Secretary General of the United Nations) identified antimicrobial resistance as a fundamental threat to human health and global safety [2].

With the above noted, it is readily apparent that steps must be taken to stimulate discussion and promote awareness regarding appropriate and safe antibiotic use. This is being done through a variety of means, including initiatives such as the CDC’s Get Smart Week and WHO’s Antibiotic Awareness Week.

While this article cannot reasonably be expected to have the impact of the aforementioned initiatives, perhaps focusing on the worst outcome of antibiotic use can serve to stimulate additional conversation on the topic of safe and appropriate antibiotic use. The following are four ways in which antibiotics can kill you.

The CDC identifies Clostridium difficile infection at the highest level of an “urgent threat” in the United States [4]. C. difficile is identified to cause of >250,000 illnesses and 14,000 deaths annually in this country.

For more information on this infection, the following resources are provided:

When it comes to drug allergies, antibiotics are common offenders [6].  Penicillin allergy labels (whether true or not) are the most commonly seen.

Allergic reactions to drugs can manifest as harmless as a mild rash or be as severe as swelling that compromises respiration. Anaphylactic shock is a life-threatening type of allergic reaction. Death due to antibiotic-induced allergic reaction is relatively uncommon, but does occur. [6].

For more information on antibiotic allergies, the following resources may be helpful:

Toxic epidermal necrolysis (TEN) and Stevens Johnson Syndrome (SJS) are severe adverse cutaneous drug reactions that predominantly involve the skin and mucous membranes [7]. In layman’s terms, TEN and SJS is when a drug causes your skin to fall off. It is a terrible occurrence to which no person should be subjected and it can cause death.

Each antibiotic poses its own risks. If a person experiences a side effect secondary to an antibiotic, it can be mild and have no noticeable impact or it may lead to hospitalization and even death.

Macrolides, azole antifungals, and fluoroquinolones can all produce unfavorable effects upon the heart. Rifampin and oxacillin are two antibiotics that can negatively impact the liver. Amphotericin B, acyclovir, the polymyxins and beta-lactams antibiotics are among just a few antimicrobials that can damage the kidney. Ganciclovir and sulfamethoxazole-trimethoprim can virtually destroy your immune system. The list of toxicities goes on and on.

To preserve the miracle of antibiotics everyone has a role to play. Through promoting safe and appropriate antibiotic use we can change the way society perceives antibiotics.

It is essential that we identify the risks associated with antibiotic use, from the most benign to the most severe. It is my hope that this text will help this topic resonate with you.

2. Holpuch A. UN meeting tackles the ‘fundamental threat’ of antibiotic-resistant superbugs. The Guardian. 2016. 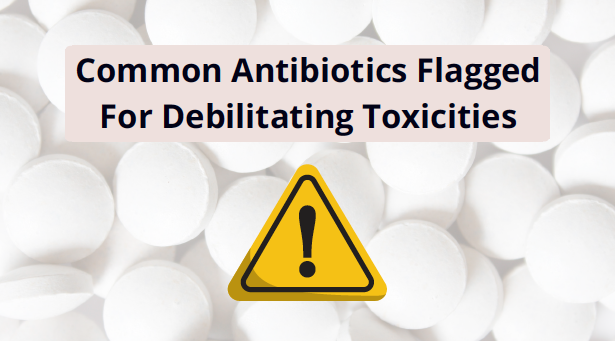