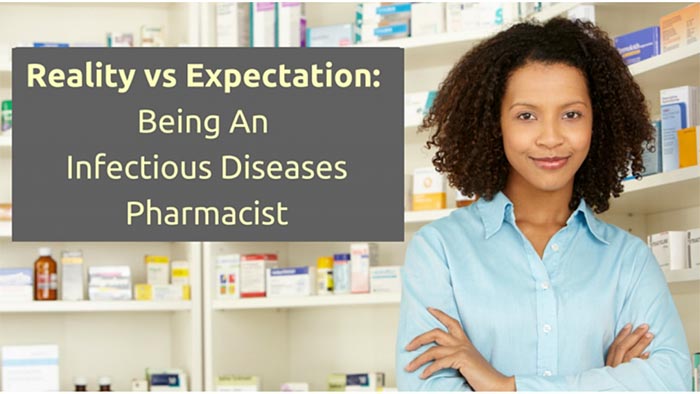 As a student pharmacist I tried to acquire experience in a variety of pharmacy practice areas so I could determine what type of pharmacist to ultimately become. I worked or rotated through numerous chain community pharmacies, an independent community pharmacy, a home infusion pharmacy, a primary care clinic, various areas of a hospital pharmacy and more. In all honesty, I found every area to be interesting and while the experiences enhanced my perspective on the pharmacy profession, it did not do as much as I would have hoped to narrow my target job.

As a rotation student things seemed to go from bad to worse. By the time I went to explore post-graduate training options during the Residency Showcase at the American Society of Health-System Pharmacists’ Midyear Clinical Meeting I was completely overwhelmed by the immense decision which lie ahead.

Ultimately things did work out. With the help of one of my pharmacist mentors, I ended up landing a PGY1 pharmacy practice residency position at a tertiary care academic medical center.

During my PGY1 pharmacy practice residency I found that of all the medical issues requiring attention, the infectious diseases (ID) issues were most interesting to me. It was during this time that I decided to pursue a PGY2 ID pharmacy residency and become an ID pharmacist.

Since 2010 I have worked in the field of ID pharmacotherapy, both as a clinician and academician. I truly love it. However, as I reflect back on what I thought I was getting into versus how things actually are, numerous instances exist where my expectations contrast with what I have found to be reality. The following are 5 instances in which this was the case.

1. I expected to have a hard time finding a job.

The job market for specialized clinical pharmacists is certainly small and in the world of ID pharmacy things are not exactly booming.

The Society of Infectious Diseases Pharmacists has a jobs section on their website and while more jobs have been available in recent years, the options remain limited and even somewhat obscure.

The game changer for me with finding a job was networking. Through my colleagues and mentors I was able to find job opportunities that I never would have found otherwise. Not to say others will have difficulty finding an ID job, but through your professional network you may find there are more opportunities than meets the eye.

2. I did not expect to become a professor

Up until my PGY2 residency I knew academia was an option for pharmacists, but I had never thought it would be something for me. However, during my PGY2 residency I participated in an elective course and found working with pharmacy students to be very enjoyable. After exploring the world of pharmacy academia further it became clear that it was something that fit my interests and skill set very well.

Eventually, I took a job as an assistant professor of pharmacy practice. I now know the reality of it is such that a good number of ID pharmacists become professors.

3. I expected to have to argue with physicians.

As a pharmacy student and pharmacy resident I heard a lot of pharmacists complain about the difficult physicians they had to work with. Over time however, I have learned it was not always the physician causing the problems and that difficult to work with physicians are the outliers and not the norm.

In my experience as an ID pharmacist I cannot recall a single time where a conversation with a physician escalated to an argument. In fact, interacting and collaborating with physicians is one of the best parts of being an ID pharmacist, in my opinion.

4. I thought seeing patients die would get harder with time.

Death is inevitable when you work in a field where people have infections in places like their lungs, heart, kidneys or brain.

Indeed many patients who I assisted in caring for inevitably succumbed to their disease. While I certainly do not enjoy this aspect of the job, I take solace in knowing that a high level of care was provided and the person was treated with respect. In addition, I try to accept the fact that death is part of life and focus on the cases in which the outcome was positive rather than negative.

5. I thought I would have an office with a view.

It may seem silly, but I had thought that being a pharmacist specialist typically came with perks like having a parking spot and a nice office. In turn, I pictured my future office having a nice view of a park or waterway.

As it turns out, not only have I never had an office with a window, the majority of my career as an ID pharmacist has been spent working from a cubicle in the basement of a hospital. Honestly though, I do not mind it one bit, as I have stayed so busy doing the things I enjoy that there is very little time to spend looking out a window. 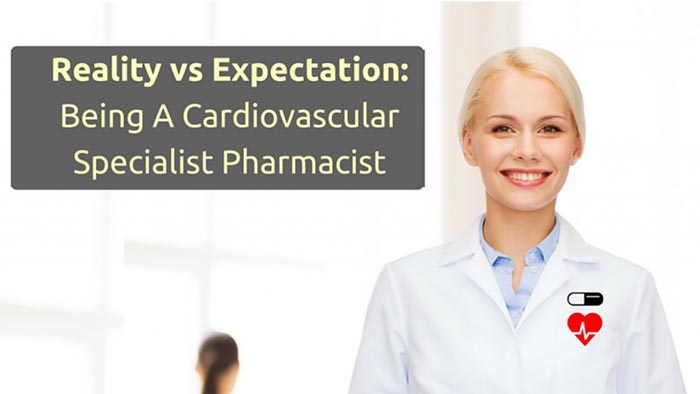