The “New Stuff In Infectious Diseases” column pulls content from the infectious diseases community on Twitter. Commentary, relevant links and tweets are provided. This is the summary for the third week of August 2017. 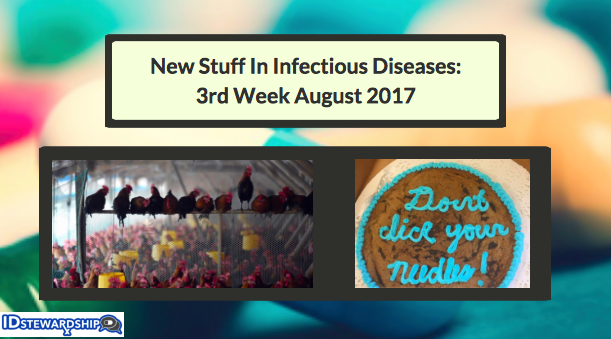 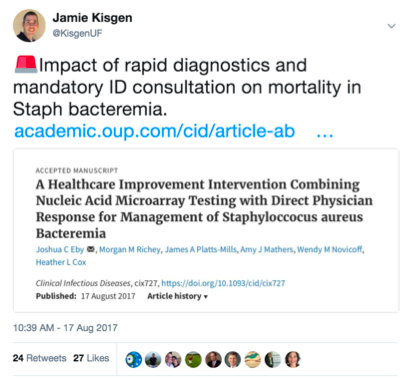 Commentary: Staphylococcus aureus remains one of the leading causes of bacteremia with mortality rates of 20-40%. Key things we can do to improve outcomes are identifying the organism faster and initiating the most effective antibiotic therapy in a timely manner. Two interventions getting a lot of attention lately are the use of rapid diagnostic tests and obtaining an infectious diseases (ID) physician consult in all patients with S. aureus bacteremia (SAB).

In this single-center, retrospective, pre-/post-intervention study, researchers from UVA Medical Center implemented both a nucleic acid microarray blood test for S. aureus and a mandatory consult for ID physicians for all patients with SAB. Over a 2.5-year period, 106 patients were included in the pre-intervention and 120 in the post-intervention group. Not surprisingly, they found a significant reduction in time to identification, time to ID consultation, and time to initiation of targeted therapy. They also found a lower in-hospital (13.2 vs 5.8%) and 30-day mortality rate (17.9% vs 8.3%), which were both statistically significant. Of note, readmission and length of stay were not significantly different.

I find it interesting that during the pre-group, the hospital antimicrobial stewardship team provided initial antibiotic suggestions and recommended an ID consult in patients with SAB. However, consults were not mandatory and treatment decisions were still left to the discretion of the primary team in some cases. The take home message from this study is that a bundled approach, utilizing both rapid diagnostic testing and automatic ID consultation improved timeliness of targeted treatment and mortality. 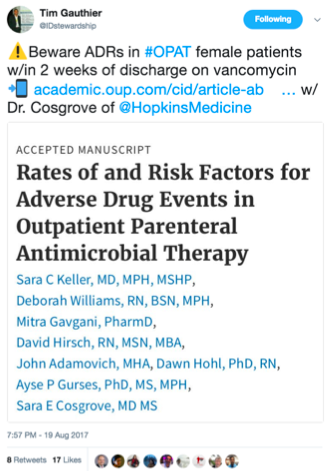 Commentary: The use of outpatient parenteral antimicrobial therapy (OPAT) continues to grow as providers and health systems look for opportunities to decrease length of stay and decrease health care costs. OPAT is typically delivered by a caregiver or the patient themselves, with support from home health and other healthcare agencies, or at an outpatient infusion center. As an inpatient, patients are frequently being monitored and lab testing is readily accessible to detect potential adverse drug events (ADEs). In comparison, OPAT testing occurs much less frequently resulting in an increased risk of ADEs.

A study out of Johns Hopkins University attempted to determine the incidence and risk factors for ADE in patients receiving OPAT. Of 339 patients enrolled in this prospective cohort, 18% experienced an ADE, of which 49 were considered significant. Patients in their first two weeks of OPAT were at a higher risk of developing a significant ADE, as well as those who were female and received either vancomycin or daptomycin therapy.

Bottom line: Patients on OPAT should be monitored more closely for ADEs, including clinical assessment and laboratory monitoring, especially within the first 2 weeks after hospital discharge and particularly among women and patients receiving vancomycin. Ultimately, the best solution to this problem is to limit the unnecessary use of IV antibiotics and take advantage of oral agents with excellent bioavailability whenever possible. 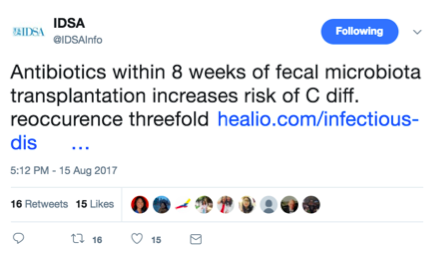 Link to review is here.

Link to article is here.

Commentary: Fecal microbiota transplantation (FMT) continues to be one of the most effective treatment options in patients with recurrent Clostridium difficile infection (CDI). Re-exposure to antibiotics though may negate the benefits of FMT and lead to recurrent infection.

In a retrospective study from at 2 academic FMT referral centers, 349 patients who underwent FMT for recurrent CDI were analyzed and followed over 8 weeks through clinic visits or phone calls to assess treatment failure. For patients who had early antibiotic exposure after FMT, 27.6% (8/29) developed treatment failure compared to 11.3% of patients who did not have exposure. The majority of these patients (70.5%) received antibiotics within 4 weeks of FMT, with the most common indication being a urinary tract infection. 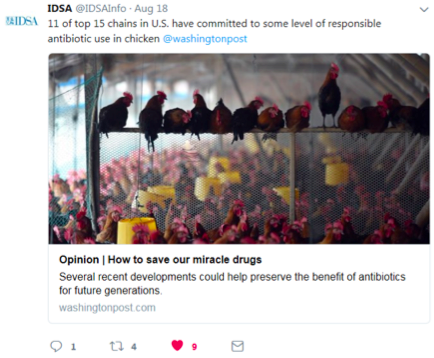 Commentary: McDonald’s Happy Meals continue to be very popular among children (and some adults!), with over 3 million meals sold every day in the U.S. Most children look forward to the Chicken McNuggets and the toy inside, however, would that excitement change if everyone knew it came with a side of antibiotics instead of ketchup?

Antibiotic use in animal agriculture remains a major public health concern. For decades, animal farmers adopted the use of antibiotics in food animals on the basis that it can promote faster growth, while utilizing the same amount of feed. About 70% of medically important antibiotics sold in the U.S. are given to animals, ultimately driving further antibiotic resistance. With the realization that effective weapons in our antibiotic arsenal are dwindling, consumers are demanding a change.

Just recently, Burger King decided to join McDonald’s, Wendy’s, Chick-fil-A, and KFC to eliminate the use of antibiotics in their chicken supply. In fact, the Natural Resources Defense Council says that 11 of the top 15 food chains in the US have now committed to some level of responsible use of antibiotics in animal agriculture. Although we are moving in the right direction, consumers and health care advocates need to keep up the pressure using our voice and our wallets. 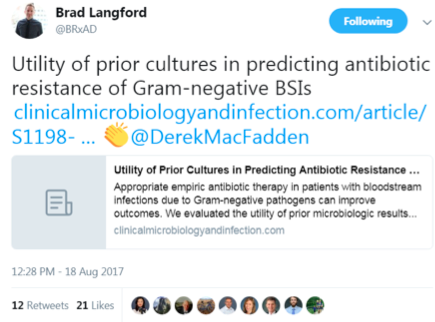 Commentary: When treating patients with bloodstream infections, initiating appropriate empiric antibiotic therapy to cover the likely organisms is key to success. But, is there any value in using prior culture data to determine empiric coverage?

There are some key limitations to consider. Although the overall specificity across different antibiotics, organisms, and patient subgroups was 92%, the positive predictive value for predicting antibiotic resistance was 66%.

Take home message: Always evaluate historic culture data from previous admissions before recommending empiric antibiotic therapy. This may identify patients with a prior history of drug resistance and help you target therapy to meet your patient’s needs. 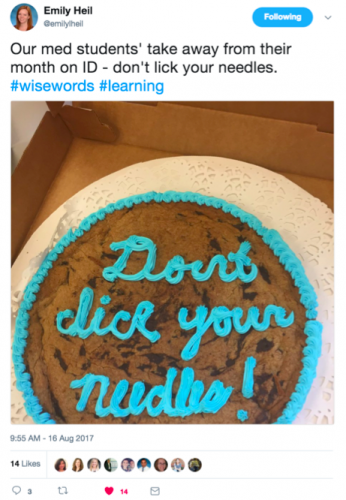 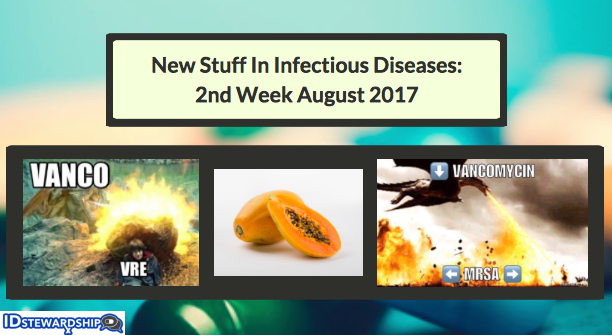