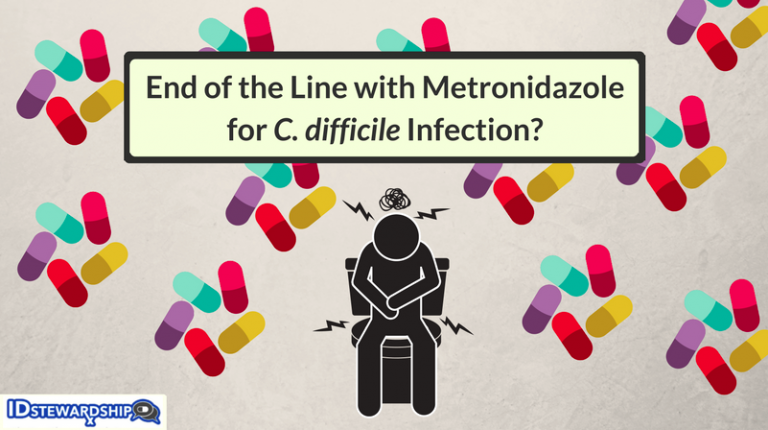 Clostridium diffficile is amongst the most feared pathogenic microorganisms in healthcare today. It is such an important organism that the United States Centers for Disease Control and Prevention (CDC) gave it their most severe label in 2013 as one of three organisms that are posing an “urgent threat” to public health. The other two making the top three were carbapenem-resistant Enterobacteriaceae (CRE) and drug-resistant Neisseria gonorrhoeae.

According to the 2013 CDC report, nearly 250,000 Americans require hospital care for C. difficile infection (CDI) each year and at least 14,000 people die from CDI annually. With such considerable morbidity and mortality, it is important that clinicians be familiar with the most current recommendations on diagnosis and treatment of this infectious disease.

In the 2010 clinical practice guidelines for CDI in adults provided by the Society for Healthcare Epidemiology of America (SHEA) and the Infectious Diseases Society of America (IDSA) , metronidazole was identified as the drug of choice for initial episodes of mild-to-moderate disease. Since the time that guideline was published new data have emerged and there has been a growing body of evidence supporting oral vancomycin or fidaxomicin over metronidazole for mild-to-moderate disease. Dr. McCreary even commented on this topic in her April 2017 IDstewardship article published here on this website, with an entire section entitled “when in doubt, do not pick metronidazole.”

In January 2018 Dr. Elias Chahine published an article on the topic of metronidazole and CDI:

Due to the clinical relevance of this topic I reached out to Dr. Chahine and asked for an interview, to which he accepted. A few days after accepting the interview request, IDSA and SHEA released their 2017 guideline for the treatment of CDI in adults and children:

Taking into consideration the new guideline, the following interview was composed. Here, Dr. Chahine provides insights on whether or not it is the end of the line with metronidazole for Clostridium difficile infection…

1. What prompted you to write a commentary about the rise and fall of metronidazole for Clostridium difficile infection?

I thought an article on the rise and fall of metronidazole for CDI was needed to educate clinicians about the upcoming changes in the treatment of CDI.

2. What is the main take home point for pharmacists when it comes to using metronidazole for Clostridium difficile infection?

Metronidazole is no longer a first-line treatment option for adults with CDI.

It is important to note that metronidazole is still recommended for the treatment of CDI in children according to the 2017 IDSA/SHEA guidelines.

Keep in mind that prolonged or repeated courses of metronidazole increase the risk of neurotoxicity.

3. Was there anything in the new IDSA difficile guideline that surprised you?

I was surprised to see that the classification of disease severity is still largely based on white blood cell count and serum creatinine. I think albumin and other parameters can be used to further assess disease severity.

I was also hoping that the long anticipated guidelines provide some directions on when to use bezlotoxumab for the prevention of Clostridium difficile recurrence.

4. Looking forward, do you foresee a rapid nation-wide reduction in metronidazole use for difficile, or do you think it will take a long time for healthcare professionals to change their practices?

It is hard to tell.

This is a great opportunity for pharmacists to step up to the plate and provide education on this topic at their institutions and at state and national meetings.

5. Do you have any advice for pharmacists on how they can help guide their providers on the optimal management of C difficile?

My number one advice is to practice diagnostic stewardship by testing patients who have three or more unformed stools in 24 hours and avoiding the urge to repeat the test or perform a test of cure at the end of treatment. Nucleic acid amplification tests (NAATs) are highly sensitive and somewhat specific for Clostridium difficile and can be used alone or more commonly as part of a multistep algorithm to diagnose CDI.

My number two advice is to assess whether the patient is presenting with a first episode of CDI, a first recurrence, or a subsequent recurrence, and to assess the severity of the illness.

If it is determined that the patient has CDI or is very likely to have CDI, clinicians can then follow table 1 of the 2017 IDSA/SHEA guidelines for the treatment of CDI. The duration of therapy should be limited to 10 days for most patients.

Dr. Chahine has served on the advisory board for Allergan plc. and is on the speakers’ bureau for Merck & Co, Inc.

Elias B. Chahine, PharmD, FCCP, BCPS-AQ ID, is an Associate Professor of Pharmacy Practice at Palm Beach Atlantic University, Lloyd L. Gregory School of Pharmacy and a Clinical Pharmacy Specialist at Wellington Regional Medical Center. His primary responsibilities include coordinating and teaching the integrated infectious diseases pharmacotherapy course, precepting students and residents on rotations, conducting scholarly activities, and engaging in service to the institution, the profession, and the community.

Dr. Chahine has authored more than 50 articles and book chapters in the areas of infectious diseases, immunizations, pharmacy education, and medical missions. He has presented more than 30 posters and 100 podium presentations at local, state, national, and international pharmacy meetings. He co-led four medical mission trips to Alaska, Brazil, the Dominican Republic, and Zambia. Dr. Chahine received seven awards related to teaching and practice including teacher of the year, preceptor of distinction, preceptor servant-leader, the American College of Clinical Pharmacy Infectious Diseases PRN clinical practice award, and the Florida Society of Health-System Pharmacists forerunner and residency preceptor of the year awards.

I would like to express my utmost appreciation to Dr. Chahine for taking the time to complete this interview. 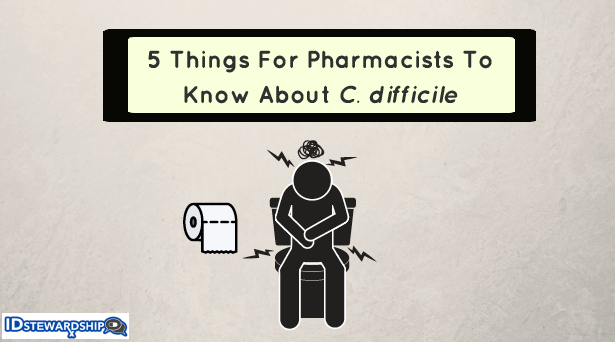