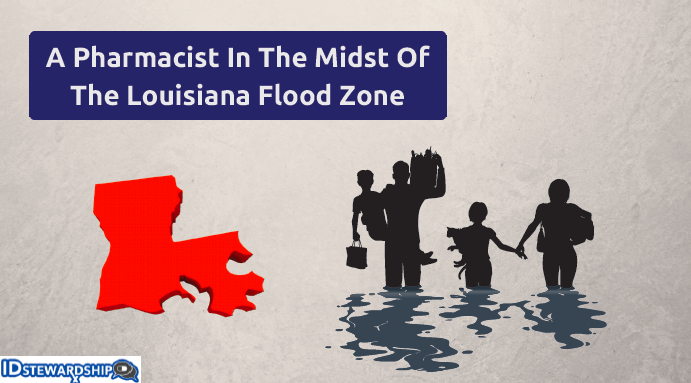 In August 2016 prolonged rainfall in the American state of Louisiana caused catastrophic flooding. Thousands of houses and businesses were submerged or substantially damaged, many human lives were lost and the natural disaster was labeled by many as the worst in the United States since Hurricane Sandy hit the east coast in 2012.

Unfortunately natural disasters may occur anywhere. So what can we do to prepare?

One thing we can do is familiarize ourselves with information provided by leading organizations. For pharmacists, both the National Association of Boards Of pharmacy and American Society of Health-System Pharmacists have provided insight on emergency preparedness.

A second thing we can do to prepare for emergency scenarios is to learn from the experiences others have been through. This is the purpose of the following interview.

Here, a pharmacist working in the midst of the 2016 Louisiana flooding reflects on her experiences and provides insights on what it is like to be a pharmacist during a natural disaster. The following is an interview with Katie Aymond, Pharm.D., BCPS.

1. Could you briefly discuss your background as a practicing pharmacist?

I obtained a doctor of pharmacy degree from the School of Pharmacy at University of Louisiana at Monroe. Following pharmacy school I completed a Post-Graduate Year-1 Pharmacy Practice Residency at Louisiana State University Health Science Center in Shreveport. I have been working in the hospital setting since that time and currently work as a Cardiology Clinical Pharmacist Specialist at large hospital in Baton Rouge.

Of note, during pharmacy school I worked as a community pharmacy technician during hurricane Katrina in 2005.

2.  What has been the most surprising task you have found yourself doing as a pharmacist working in the area of a natural disaster?

There is a rather large movie studio in Baton Rouge with eight sound stages. A shelter facility was created there after the storm. Many physicians and nurses have volunteered there to triage people and assist in preventing the emergency departments from becoming overwhelmed.

Our clinical director received a call asking for pharmacists to help organize medications at the movie studios as many pharmaceutical company representatives, doctors offices and pharmacies in the city had donated medications.  When I arrived it was a bit striking just how much medication had been donated. There were many boxes full of prescription drugs.

People came to see us at the shelter with their prescription bottles and we did our best to provide them with a “refill” using the supplies on hand. We also worked in shifts to give support to the physicians filling medications from our makeshift pharmacy in a non-air conditioned warehouse which was about the size of two football fields.

Each of the eight sound stages housed about a 1,000 flood victims on cots making it a sizable production.

This was not the environment I ever envisioned myself working in as a pharmacist, but it was an excellent learning opportunity and we were able to help a lot of people.

3. With all of the flooding, exposure of wounds to water must have become an issue. Can you talk about your experience with this?

Many people helping with clean up had been wading through water to get access to homes and people in need of assistance. While most of the water came from rain, some areas had rivers or sewage systems overflow.

Being a hot and humid part of the country, we traditionally see an increase in admissions for cellulitis during summer months, but with the floods we have had many more patients being admitted with cellulitis plus water exposure. Additionally, puncture wounds and lacerations sustained to lower extremities while wading through turbid water have become frequent.

We have had to be conscious as a group that the patients we are treating now have exposure to pathogens we are not typically used to seeing with traditional cellulitis. We have been adding drugs such as clindamycin, metronidazole or doxycycline to traditional regimens at times to cover for bacteria found in sewage or the water environment (e.g., Vibrio vulnificus and Aeromonas hydrophylia).

4. Are there any drugs that you have been surprised to see used with increased frequency?

Being in south Louisiana we are not strangers to snakes. I suppose it should not be surprising that with rising waters we have had an increase in the mobilization of the snake population, but it has been a bit striking. Many of these snake bites have been the result of wading through murky water.

With more snake bites we have seen an increased need for crotalidae polyvalent immune FAB (Ovine), which is best known by it’s much easier to pronounce brand name of CroFab.

We have also had to acquire a large supply of tetanus vaccines. Physicians had been advised that whether or not a patient was believed to have a wound that warranted a booster, the opportunity should be used to screen people for it.

There were some rumors that all people helping in relief efforts should receive a tetanus vaccine, but I have not seen that recommendation directly from a reliable source as of yet.

5. If you could give advice to pharmacists who may find themselves working in an area of a natural disaster, what would it be?

After Hurricane Katrina and now this, I think the greatest thing that we can offer as pharmacists is to be accessible and lend our time plus expertise.

Keeping calm, helping stay organized, and offering your assistance in anyway possible is a great way to give back to your community. I have been recently reminded how little front end practitioners (i.e., physicians, mid-level practitioners) know about what happens after they write a prescription. If we can facilitate that process in any way, it helps tremendously.

In the hospital our greatest help is anticipating need however possible.  Being aware of the “odd” things that are happening like water borne diseases, snake bites, vaccinations and educating the pharmacy staff on new important recommendations helps provide better care to the patients. Additionally, coordinating  with pharmacy buyers helps to ensure adequate supplies of medications are on-hand or en route. 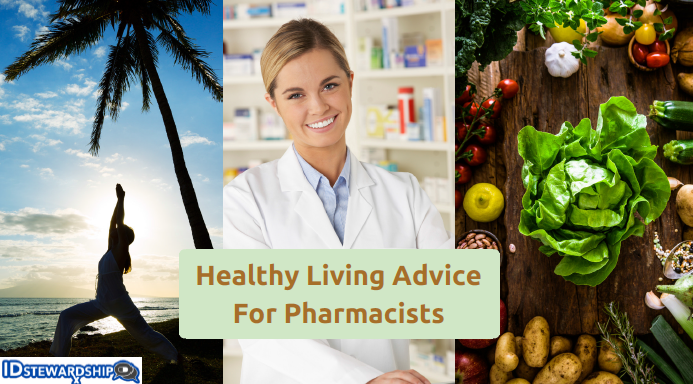