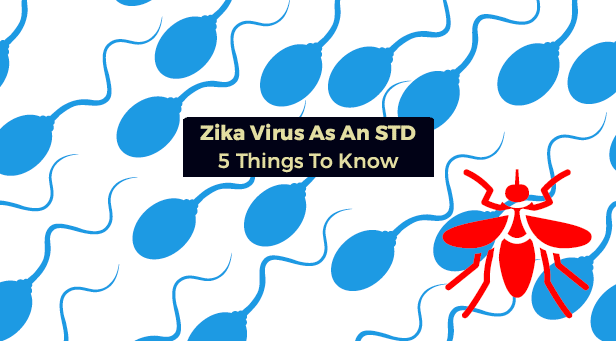 The spread of Zika virus to countries in the Americas has been making major news headlines in 2016. Given the potentially devastating consequences to an expecting mother who contracts the virus (e.g., microcephaly), such attention is warranted.

As of July 2016 approximately 50 countries and territories worldwide report active mosquito transmission of Zika virus. In the United States there are no reported cases of active Zika transmission, however most states report at least one travel-associated case.

While a large portion of the discussion about Zika virus has surrounded its spread and the negative impacts it can have on a fetus, there is an important angle that should be widely discussed for the sake of public health – Zika virus and SEX!

Let’s face it, with apps like Tinder, Grindr and 3nder at your fingertips, sexual encounters are easier to find than every before – and with Zika virus as the new sexually transmitted disease (STD) on the scene, people need to know how to limit their risks.

To help spread important messages about Zika virus and sex, the following is provided, which identifies 5 things to know about Zika virus as an STD. It should be noted that this is not everything to be known about sexually transmitted Zika virus and for additional information, a reliable resource is www.CDC.gov/Zika.

1. Zika virus semen concentrations can be very high and persist for weeks

There are cases where semen and blood were taken from patients at least 2 weeks after symptom onset. Results of testing on these specimens revealed the blood to be negative while the semen to be positive. In another man, Zika virus was detected in semen 62 days after symptom onset.

Currently, the duration of persistence of infectious Zika virus in semen remains unknown.

As many as 80% of people infected with Zika virus do not have symptoms and for those who do have symptoms it is usually short-lived at just several days to a week.

These things considered, many males may not be aware they are infected with Zika, yet they have the potential to pass the virus to their partner(s). Thankfully active transmission via mosquitos is not documented yet in the United States, but sexually transmitted Zika has been and for sexually active males traveling to areas where Zika is endemic, this first point should be of particular note.

In July 2016 the first case of transmission from female to male was reported.

Transmission of the virus from a female to another female has not yet been documented and is unlikely, but given the above information, it certainly seems possible.

Regardless of a persons sexual preference or sexual orientation, if they are sexually active, they may be at risk for acquiring Zika virus.

Another way to stay protected is to abstain from sexual activity.

4. Zika virus can cause more than just microcephaly

Symptoms associated with Zika virus infection include fever, rash, joint pain, red eyes, muscle pain and headache. For those who do become symptomatic, it is typically a mild course and infrequently results in hospitalization or death, but is still unpleasant.

For pregnant women who acquire Zika virus, in addition to microcephaly, associations have been made with a number of other severe fetal brain deficits.

While many people may hear “Zika virus” and think of the shocking photographs of children born with microcephaly, that is not the only potential consequence of the virus.

5. Sexually transmitted Zika virus is stirring up conversations about abortion

Should females who become infected with Zika virus during pregnancy ever be recommended to have an abortion? This is a question that has come up and will likely continue to be raised.

Given the sensitive nature of this topic, it is likely prudent that the person asking the question be referred to a licensed doctor or healthcare provider for more information.

There is still much to be learned about Zika virus as an STD. For more specific and updated information on this topic, visit www.CDC.gov/Zika or talk to a licensed healthcare provider. All above data that is presented was extracted from www.CDC.gov/Zika.