In this article a pharmacist in Miami reflects on what it was like before, during, and following a major natural disaster in September of 2017. Here are 5 lessons from a pharmacist after Hurricane Irma. 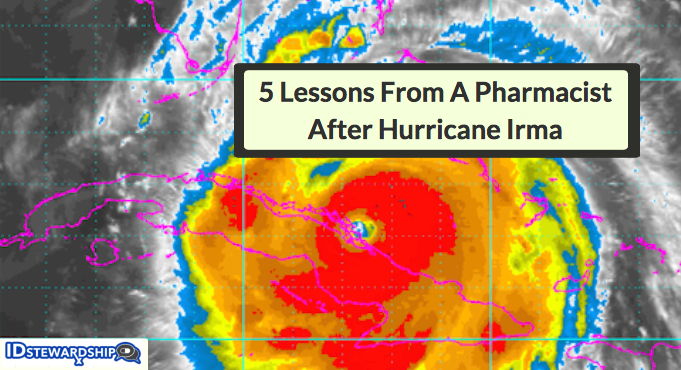 This past week has been unlike any other. Monday we started taking news seriously about a storm brewing in the Atlantic Ocean headed towards us. Tuesday through Thursday we made preparations for a potential direct hit from a category 5 hurricane. Friday we hunkered down to endure the storm and watched the National Hurricane Center’s updates closely, praying for the sake of our families and community that the worst predictions would not come to fruition.

Hurricane Irma made landfall and delivered her wicked winds onto Miami, Florida on Saturday afternoon into Sunday afternoon. Finally, Sunday night into Monday afternoon we emerged from our shelters and homes relieved it was over and not as bad as predicted, but found the city of Miami turned into a giant debris field, leaving hundreds of thousands of people without power.

Much time and energy is spent speculating about what it would be like to prepare for and live through a disaster event, but obtaining a first-hand account is no doubt the best (and most unfortunate) way to gain an understanding of what it truly entails. For me, going through the before, during, and early-after of Hurricane Irma has delivered a variety of emotions and experiences. Given that anyone can be significantly impacted by a natural disaster, I feel that there is value in sharing lessons gained from enduring such circumstances.

Here, I reflect on the last week and provide insights into what it has been like to live through the acute period of Hurricane Irma. The purpose of this article is to provide information that other people may find valuable should they be faced by a situation in which disaster preparedness is critical. While aspects of this article are pharmacy-centric, non-pharmacists may certainly find information presented here of interest too.

Here are 5 lessons I learned from Hurricane Irma…

Lesson #1: The period leading up to a disastrous hurricane can be the worst part, but it gives you precious time to prepare

The thing about hurricanes is that you can see them coming from hundreds of miles away by satellite, versus an earthquake, tornado, or tsunami that could occur at any time with little to no notice. Talk to some locals in Miami and they may tell you one of the reasons they reside here is because they find it more favorable when your most common natural disaster is something you can see coming. I had always been of this mind-set, but now I see this aspect of it as a double-edged sword. On one hand you have time to prepare, but on the other hand there is time to become incredibly stressed out and afraid of what may come.

Pharmacists can expect to have the opportunity to help coordinate patient needs prior to the event. At that time they can also secure physical resources for during the event and prepare to have supplies post-event by procuring additional inventory. There is no doubt the pre-storm period is all about coordination and planning for pharmacists.

On the other side of the coin is the stress and fear. While working with others to ensure your patients are taken care of, there is your family, friends, community and personal property to think about. The unknown future of what is to come lingering over you for days can be taxing. While it is easy to anticipate that you will be stressed and a bit afraid of what is to come, the cumulative effect that others can have on you may be surprisingly impactful. I certainly did not anticipate feeling such a high level of stress. I did find that through engaging others in conversations though, there were opportunities to assist others with stress management and encourage rational thinking.

Lesson #2: The before, during and after periods all present very different dangers and challenges

Before an event you worry about planning and getting all of those refills taken care of or appointments rescheduled. During the event you hope everyone remains safe. After the event you see what the damage is and move on with life. That’s it, right? Well, it is actually a bit more complicated than that, because there are things that make it difficult to complete your tasks at every step along the way.

Pre-storm example: Four days prior to the storm I was unable to find a gas station near my home to refill my car or get gas for the generator. This was very surprising that such shortages occurred so early prior to the storm. Beyond the personal impact though, this meant that patients could have challenges traveling to procure medications and pharmacies could have problems getting drugs to their customers.

During-storm example: Up until the storm’s arrival text messaging, voice calls, and Internet on my iPhone worked without issue. When the storm came this all changed. By the time the storm had gotten into full swing and our power had been cut out by one of the hundreds of broken trees, the only thing that worked was text messaging and even that was spotty. Being unable to get updates during the storm was stressful and I can imagine many others in the community endured a similar experience.

During the storm it was also a bit claustrophobic to be secured in a house with shutters on it that allowed for limited natural light or full view of what was happening outside.

Post-storm example: Travel following the storm was extremely dangerous. Miami drivers are arguably the worst in the country at baseline. That’s not just my personal opinion; Miami frequently ranks amongst the most dangerous metropolitan areas for pedestrians. Take out a majority of the streetlights and place broken trees everywhere and getting around the city became profoundly dangerous. Even three days after the storm there is significant debris on major roads. It is going to take many days to make the roads safe for normal traffic and this can have a major impact for your family, patients, and staff when it comes to accessing resources or getting to work.

Lesson #3: The news media will probably make your friends and family out of state think it is worse than it really is

There is no doubt that some people experience terrible tragedy due to extreme weather and we should take these things seriously, but the news media outlets all pushed hard on the ‘impending catastrophe’ angle in this case. Prior to the storm several people here in Miami commented to me about how the news outlets were going overboard with synonyms for ‘catastrophe’, noting they had ceased watching the news because it made them irrationally more scared and anxious than they already were.

Lesson #4: There can be a heightened sense of community after a natural disaster

If you ever lose hope in humanity, go to an area after a natural disaster to volunteer. The way a community comes together to help one another following a major event is profound.

These last few days I have interacted with my immediate neighbors more than any time in the past, made new friends with others in the neighborhood, and total strangers are constantly saying hello while telling each other to stay safe. Prior to the event there was a lot of concern for scams and looting. My experience thus far has not been such (knock on wood).

I have found this time to be a great opportunity to make new connections and strengthen existing bonds. This is something that can be seen both professionally and personally.

Lesson #5: The post-event road to recover is more of a marathon than a sprint

Waiting is the hardest part. It takes time to clear the roads, for gas stations and grocery stores to open, for public transportation to get moving, and for electricity to be restored in everyone’s home. Three days later many major roads still have large pieces of debris to avoid and it is looking like power at our house will not be back on for at least another week due to the tremendous amount of work that needs to be done in our neighborhood removing large trees and fixing downed power lines. Seeing Miami back to full strength will undoubtedly take many weeks.

Preparing yourself and your patients for a prolonged period of cleanup will set the stage for what may come. Passing along information about dangers such as the following may be things to consider mentioning to the people you encounter…

As post-storm efforts continue there can be no doubt that additional lessons wait to be learned, but the last week or so has been a time for learning and reflecting. While I hope that an event like this does not occur where you reside, hopefully this information may be handy should a natural disaster occur in your area. 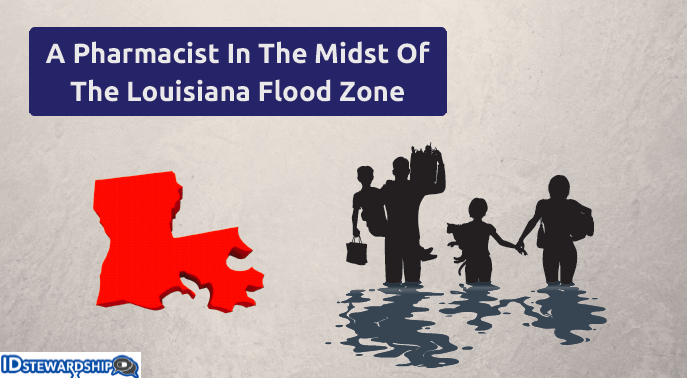