Omadacycline (Nuzyra) is a new tetracycline antibiotic approved by the FDA in late 2018. In this article four infectious diseases pharmacists review 5 things to know about omadacycline. 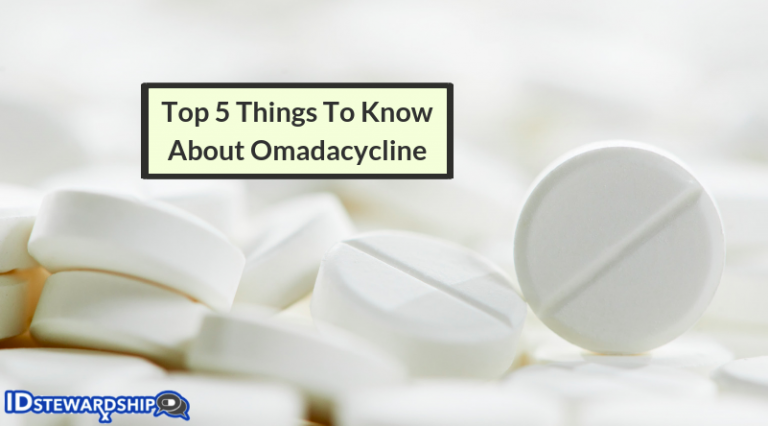 Recently, we published a review of therapeutics about omadacycline:

While omadacycline may seem like another “me too” tetracycline at first glance, it actually has several unique characteristics that set it apart from other antibiotics in its class. In an effort to assist others in identifying some of these characteristics, we developed the following, reflecting upon our experience developing our recent Pharmacotherapy article.

Here are five things to know about omadacycline…

Here is a screen shot from the Nuzyra package insert so you can see dosing recommendations another format: 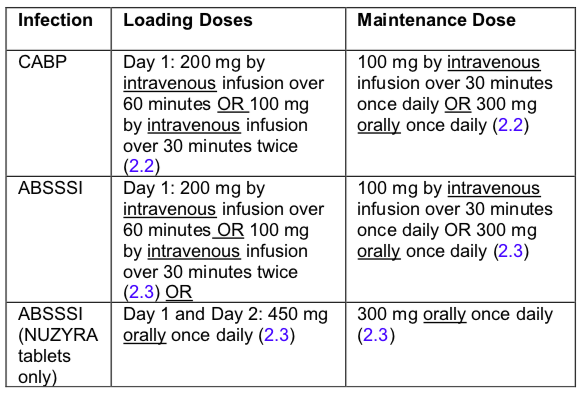 In contrast to the older tetracyclines, omadacycline can be given once daily, which may improve adherence. In addition, there is no dose adjustment required for renal or hepatic impairment.

It does have some similarities to the older tetracyclines with regards to administration. The oral tablet should be taken on an empty stomach and dairy products, antacids, and multivitamins should be separated by 4 hours.

The pricing of the IV and oral formulations are not known at this time, but will be released by Paratek in the next few weeks.

3. Resilience in the face of resistance

In an ever present world faced with increasing resistance, the tetracyclines have not been spared. However, omadacycline remains active even against bacteria that are resistant to other tetracyclines.

Additionally, in patients exposed to omadacycline in clinical trials, no cases of resistance development while on therapy were reported.

Three phase-III clinical trials have been completed with omadacycline. In the Omadacycline for Pneumonia Treatment In the Community (OPTIC) study, omadacycline was non-inferior moxifloxacin for CABP (early clinical response of 81.1% versus 82.7%, respectively). Additionally, omadacycline had similar rates of success against atypical pathogens, gram-negative bacteria, and S. pneumoniae as moxifloxacin.

5. That is nice, but I do not want my patient throwing up

The adverse events of omadacycline were tabulated through three different Phase-3 trials: OPTIC, OASIS, and OASIS-2.

Most of the adverse events caused by omadacycline are GI related: nausea, vomiting and diarrhea. However, these events were classified as either mild or moderate. It is important to not counsel patients to take omadacycline with food to offset the GI effects, because its efficacy will decrease.

Interestingly, there were no reported cases of Clostridioides difficile infection in patients treated with omadacycline in any of the trials!

Additionally, there was minimal impact on LFTs or QTc prolongation with standard omadacycline dosing.

Overall, the GI upset is similar to other tetracyclines, but the biggest benefit is that there were no reported cases of C. difficile throughout any of the Phase 3 trials!

Disclosures: Dr. Barber has served on an advisory board for Paratek Pharmaceuticals (the maker of omadacycline). The other authors report nothing to disclose. 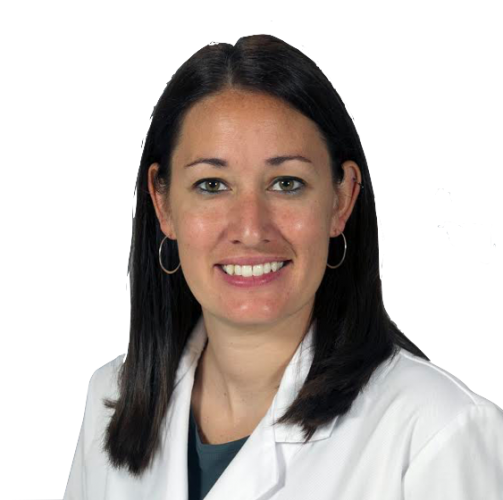 Her research interests include the overcoming resistance emergence, patients with altered pharmacokinetics/pharmacodynamics, and antimicrobial stewardship metrics. 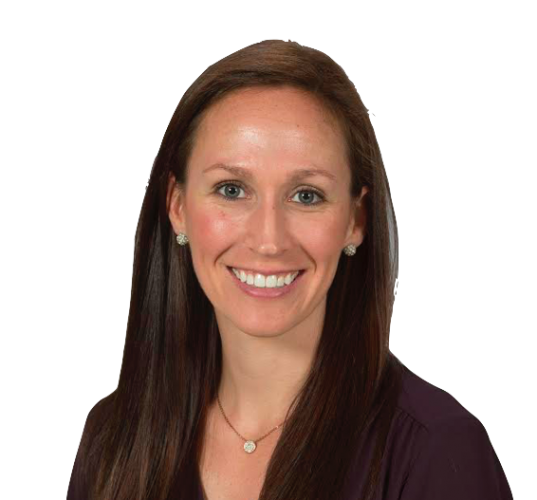 Her research interests include the epidemiology and management of gram-negative infections, antimicrobial stewardship metrics, and improving inpatient management of HIV-infected patients. 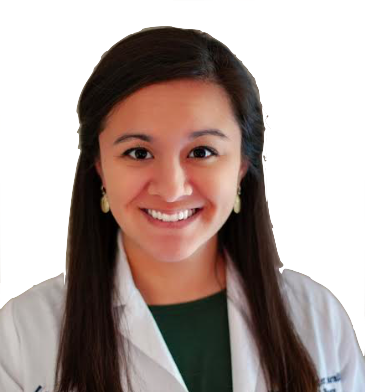 Mary Joyce B. Wingler is an antimicrobial stewardship pharmacist at the University of Mississippi Medical Center in Jackson, Mississippi. 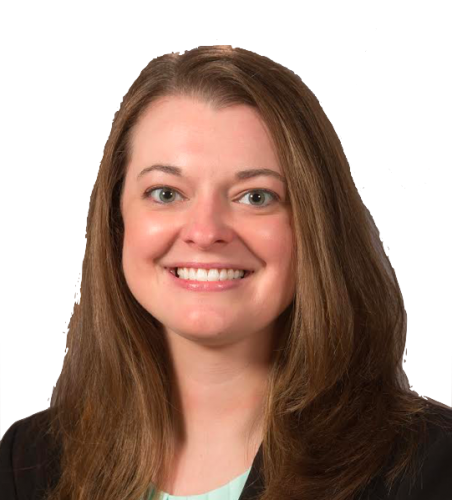 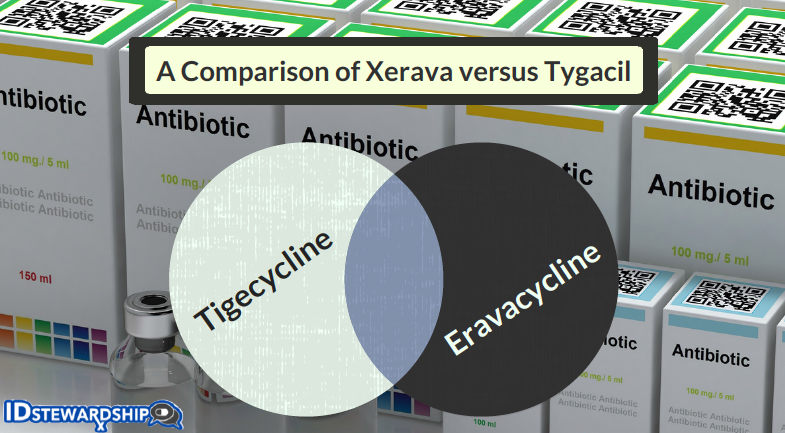