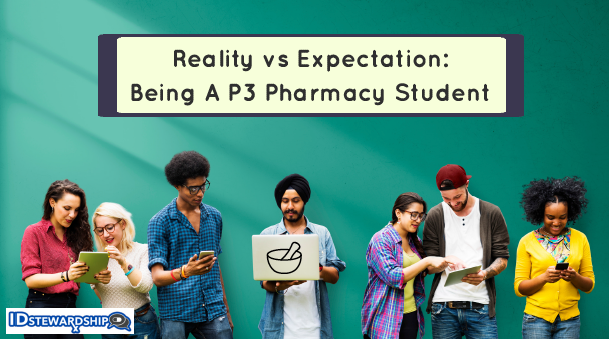 Due to the differences in curriculum, third year pharmacy school course arrangements may differ across the country; however, the intensity is universal.

Most students underestimate the demand increase from second to third year. During my third year of pharmacy school, memorization was no longer an option and learning became the only available option. In this year we all had to face our different yet very similar realities.

The following contrasts several pre-concieved expectations I had going into my third year of pharmacy school with the realities I experienced.

Expectation #1: It is the most difficult didactic pharmacy school year

Although my introductory pharmacy practice experiences (IPPEs) were completed in the summer leading to my second year of pharmacy school, some pharmacy schools incorporate IPPEs into the beginning of third year. Taking on this additional experiential component along with didactic requirements can be very challenging.

Reality: Was able to meet and exceeded expectations with great effort, but with flying colors.

Because of the increased level of difficulty, it was only natural to expect a decrease in grade point average (GPA) by the end of my P3 year.

I knew for sure my GPA would drop, because I scored my lowest test score this year and the class had the lowest test average this same year. Looking back now, most students had a study method that worked first and second year; however, these study styles were usually rooted in memorization. Third year forces students to develop new study strategies that incorporate understanding the fundamentals of the subject in order to apply the concepts. Since this change naturally takes place during the first semester for third year pharmacy students, many will attest to doing better second semester of third year as compared to the first semester.

Reality: For many students, the GPA does drop slightly; however, being a tutor forced me to develop a study method that was built on ‘understanding the basics’ earlier than third year and this helped me maintain my GPA. Looking back, I can see I was lucky to be in such a position.

Expectation #3: No more gym or Netflix

I anticipated losing my two most favorite things to do which forced me to be more intentional with incorporating these activities.

Reality: I made time for myself and was able to maintain a healthy personal life balance. However, this is usually the time most people fall apart, especially if there is no work life balance already established.

Most people had to work less in order to handle school this year; however, some classmates informed me they were able to work the same because they had access to my notes (I shared my notes with my entire class) and didn’t need to spend as much time making their own notes/studying.

Reality: I was forced to cut work hours to half of what I was able to handle first year. However, if there is a strong study structure already in place, some people may be able to handle school and the same work hours.

Expectation #5: Be a strong mentor for first and second year pharmacy students

As a first year pharmacy student I remember thinking that third year students did not make enough time for first and second year students.  I was determined to be different.

Unfortunately, the reality of third year is so crippling that all I was able to do for the classes below me was encourage and advise them on study habits. I quickly understood why third year students were not readily available for me as a first year student.

Reality: I did not meet my expectations and was only able to help from a distance. 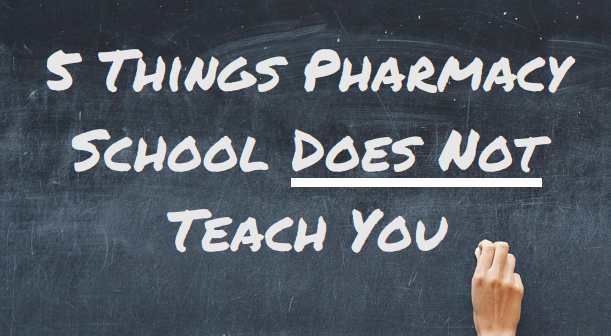