The third annual “Run From Resistance” hosted by Northeastern University’s School of Pharmacy aims to raise awareness and support efforts for preserving antibiotics. It is going to be held on April 9th, 2017 in Boston, MA in the Back Bay Fens. Here, you will find details about this event. 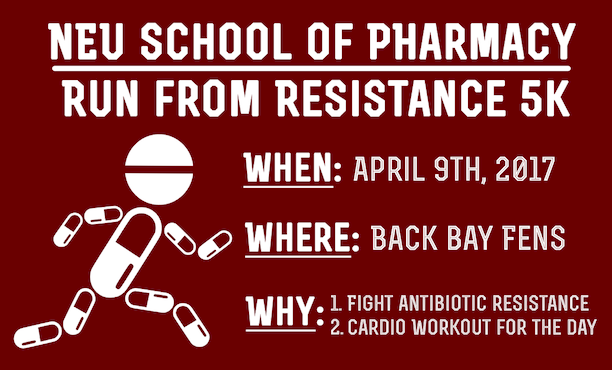 How did the event start?

The event started in 2015 as collaboration between the three organizations after students came up with the idea to bring the school together to accomplish a larger goal – raising awareness for a cause that is lesser known by the community, while combining it with a passion for running. A few of the faculty within the School of Pharmacy at Northeastern University are heavily involved in antibiotic resistance research. Students learn about it in the classroom and at work and wanted to bring greater attention and education to the developing problem. Over the past two years this event has raised over $2000. 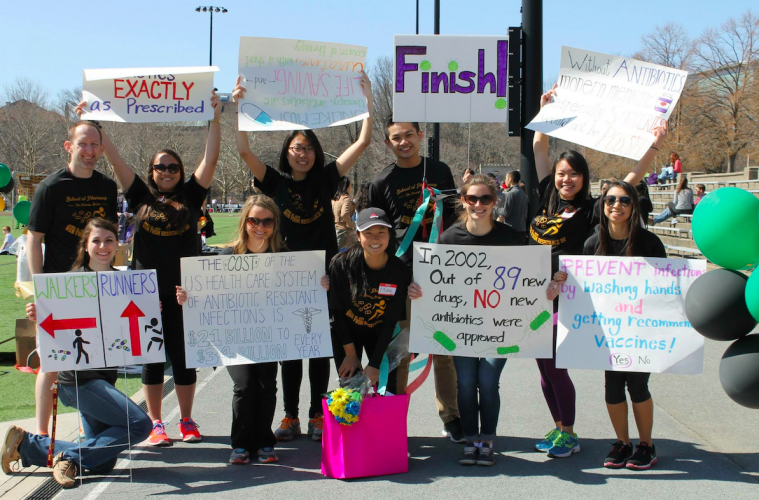 How has the event changed over the past three years?

The event continues to evolve each year. After the first year, the planning committee debated continuing with the theme of antibiotic resistance versus switching to an entirely different health topic. The committee agreed that the event had already developed such a prevalent image in the community with antibiotic resistance and it is very pertinent to what students learn in classes and what many of the faculty members are involved in. The theme had already stuck and so many students knew the race as “Run From Resistance.”

Antibiotic resistance is a somewhat newly publicized health topic in the headlines and the students felt that much more could be done to promote its importance. This is one of the reasons why the committee has tried to involve the outer community in the event more by advertising throughout Boston.

The event has been held in the same location next to Northeastern University each year, but the event has continued to build upon itself each year. The beneficiary has changed from year to year and this year’s beneficiary will be the Alliance for the Prudent Use of Antibiotics (APUA). 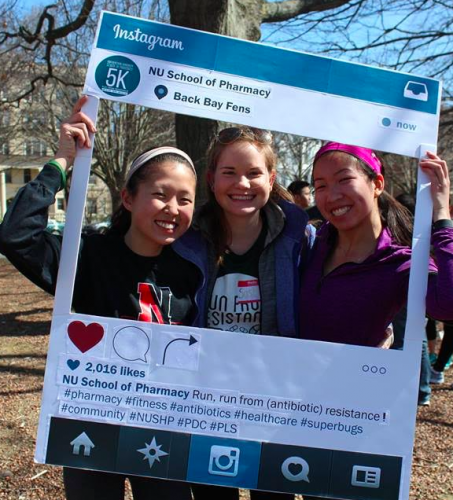 The race will be held on Sunday, April 9th 2017 next to Northeastern’s campus in Back Bay Fens. A field day will be held post-race to provide more information about antibiotic resistance. There will be a representative from APUA speaking about the current state of antibiotic resistance, along with interactive games and posters from multiple pharmacy organizations to educate the community.

This year’s beneficiary, APUA, is based in Boston at Tufts University. The organization was founded in 1981 and works to provide field consultations and lend specialized expertise to guide policy makers, provider organizations, and other stakeholders seeking to improve antimicrobial supply, use, and management decisions. More information on APUA can be found about them here.

Where do you see this event going in the future?

With the success of the event so far and all of the growing awareness about antibiotic resistance, hopefully other pharmacy schools and communities will expand upon our efforts to make antibiotic resistance a well-known topic in every household. With more education, the problem is preventable and that is what the Run From Resistance hopes to work towards.

Thank you to the sponsors!